Since the famous conference Mark Cerny dedicated to the specs of the PS5, each of its commentary to explain that the gap of teraflops with the Xbox Series X (12 for the console of Microsoft, 10,28 to that of Sony Interactive Entertainment) is a false debate. This is notably the case of Jason Schreier (journalist at Kotaku) and Andrea Pessino (the boss of Ready at Dawn) who do understand that the SSD of the PS5 will make a difference. A few days ago, Andrew Maximov, founder of Promethean AI and ex-Naughty Dog, has explained on Twitter why the solution optée by the japanese manufacturer was going to change the lives of developers.

Just saw the new @PlayStation #PS5 presentation. Great job @cerny! Since I routinely have to explain to people why I’m excited for an SSD for rendering I thought I’d write a little thread to explain. Case in point: Uncharted 1 to Last of Us transition: pic.twitter.com/4Q75NEuigy

“I just see the presentation of the PS5. Nice work, Mark Cerny ! As I have to regularly explain to people why I am so enthusiastic about the SSD in terms of image rendering, I thought that it was necessary that I write a thread so that things are clearer. The leap in graphics between the two boggles the mind [by comparing Uncharted and The Last of Us, ed.] as they use a graphical environment the same. Of course, the engineers and the artists have done a job colossal, but all of it has been facilitated by a management more timely data.

Has the approach of the end of the cycle of a console, a big part of the job is to create scripts so that the items are loaded and displayed at the right time. The designers and engineers who are rarely highlighted because it is a task rather thankless. Yet, it is through those that it is possible.

On the current machines, we are able to view objects with a photorealistic rendering. Each hair of the beard of Nathan Drake [the hero of Uncharted, editor’s note] was a triangle. We can view large areas with the use of systems to manage astutely the level of detail, but it is not possible to keep in memory all versions ultra-detailed of all the objects. 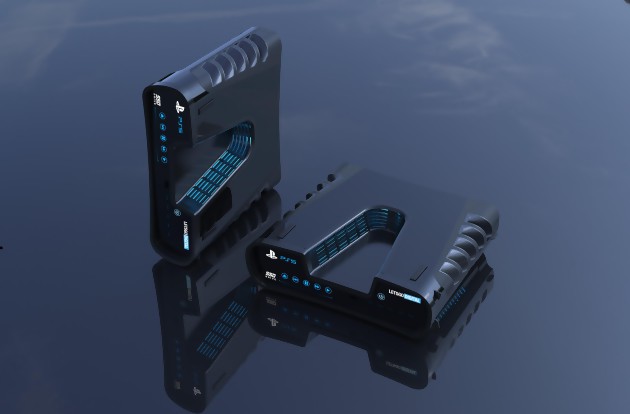 So, the fact of being able to load it in high resolution any item that is located in front of you, and make it disappear as soon as you turn around, means that each tree may have bark and moss in 3D, and we can even see ants on it ; all without breaking the budget. It’s going to be crazy. After that, produce all of this content with this level of realism is a task that looks complicated, but it is something on which we work. “

In spite of this pretty demonstration Andrew Maximov, some of the tweets remain skeptical, including one who has even been accused of damage control. “This is pure marketing communications, a-t-he assured. In ArmA III, you can already see miles of graphics and objects with an excellent viewing distance with a single hard drive. Provided, of course, to have a solid hardware ; I think the CPU, for example. The SSD is a good thing, but no, this is not the Messiah. It looks like more damage control. “

If you have not read them yet, we advise you to take a look at two excellent articles of Damien, who return a clear and pedagogical about the war storage that will deliver the PS5 and the Xbox Series X, as well as on the battle of gigaflops between the two consoles.

Ubisoft: the demo of Assassin’s Creed Valhalla and Watch Dogs Legion try thanks to Parsec

Far Cry 6: all the details on Gold, Ultimate and Collector’s Edition

Far Cry 6 : a superb intro cinematic for the upcoming FPS from Ubisoft

Watch Dogs Legion, is a revolution? We discover in the Video Preview