Blizzard Entertainment has finally revealed the release date of World of Warcraft Classic, as well as the information about the different phases of beta. Note that this version is simply a wholesale return to the sources, since the game corresponds in all points to the original version of the game, which should please the nostalgics, but also to the younger players who have not experienced this time. The World of Warcraft terms of 15 years ago (version 1.12, to be precise) will be available on August 26, 2019, knowing that the servers will open their doors at midday, Paris time. Remember that the game will be free for all players who already have a subscription to WoW, and that they will have the right to three characters to explore the Azeroth pre-cataclysm.

It is important to know that most of the content classic has been removed in the current version of the game during the events that shook the universe. Now, the players are going to be able to immerse themselves in the original version, knowing for sure that Blizzard has made some adjustments in order to avoid recurrence of the cheats and bugs. Phases of stress testing is provided for selected players in the coming months. The different trials are scheduled for the following dates : 22 and 23 may, 19 and June 20, July 18 and 19. To try to have your ticket for the party, simply go into your account settings and choose “WoW Classic Beta”. Better, we learn that the character creation will be available from 13 August, which will have an avatar ready before you immerse yourself in the ancient lands of Azeroth. 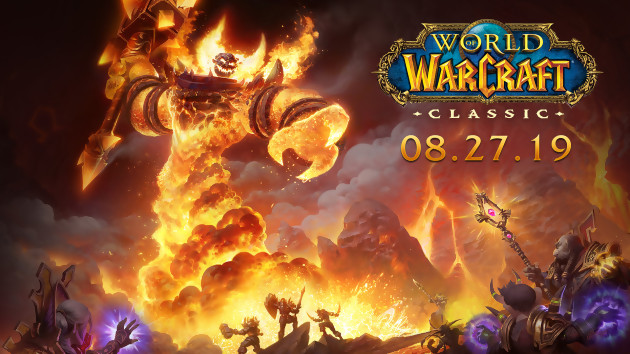 The Nintendo 64, a whole of life: all the games could be in a cartridge Switch

Insider: the presentation of PlayStation 5 can show Silent Hill. Or not?

Project xCloud expands with new games including the Golds and the Will of the Wisps, and Batman: Arkham Knight

Call of Duty Modern Warfare and Warzone: the trailer of Season 4, there is the Captain Price!

Without vodka and hockey, but with the tractor: Sony cited three...